Oakland Park is the City on the Move

It’s is a great time to Buy, Sell, Rent or Invest in Real Estate.

Call Scott Rivelli, PA for all your real estate needs and questions to help move you in the right direction.

Planned developments include Ceiba Groupe’s townhome project and Amos Chess and Don Deitchma’s O2, a mid-rise apartment building with commercial space to be built on the site of two former strip clubs. 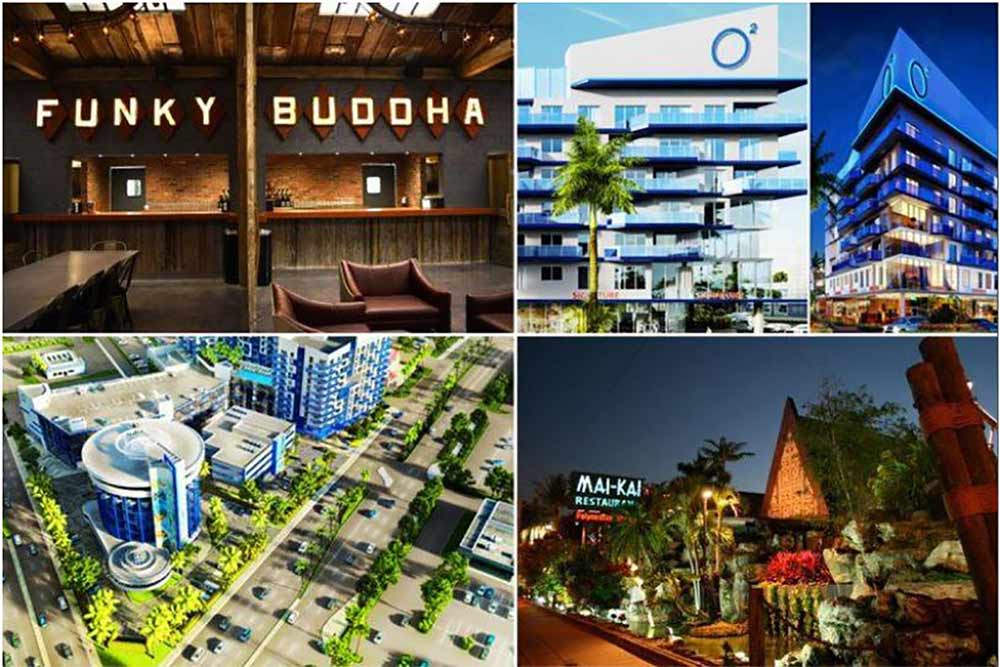 Oakland Park, the suburban city just north of Fort Lauderdale, began as a bustling farm town called Floranda in the early 1900s. Among the first settlers were Mr. and Mrs. Joe Johns, who arrived to their swampy patch in South Florida in their Model T Ford in 1914. The Johns’ farm was the site of the community’s first grocery store. The boom ended in 1926, when the great hurricane smashed Florida peninsula.

Three years later, residents replaced Floranda with Oakland Park, a name that pays homage to the massive oaks in the city that withstood the storm’s monster winds. By the 1950s, the city became a satellite vacation spot for snowbirds unable to find hotel accommodations in Fort Lauderdale. In 1956, brothers Jack and Bob Thornton opened Mai Kai Restaurant, a Polynesian restaurant that cost $400,000 to build and was famous for its tiki decor, dance shows and potent rum cocktails. At the time, it was the most expensive price tag for a restaurant construction project in the U.S.

Today, Mai Kai is one of Broward County’s top tourist destinations and is one of two locations in Oakland Park listed on the U.S. Register of Historic Places. The other is the Oakland Park Elementary School, which was built in 1925.

In the spring of 2013, Funky Buddha Brewery opened its full-scale production beer-making facility and tap room in a converted warehouse in the heart of Oakland Park’s downtown. By securing the craft beer company to anchor the city’s culinary arts district, Oakland Park’s leaders made it clear they were ready to transform a drab downtown into a lively destination.

Sturgis handled the sale of the Match Point building to Antique to Chic.

“Oakland Park was a sleepy city for a very long time,” Sturgis said. “It was a place for working class families. In the last five to 10 years, the demographics have started to shift. People have more disposable income and Oakland Park has become more progressive and youthful.”

“The demand for residential is strong because you have many employment drivers so close in proximity. Broward led the state with job growth and there are great economic elements. If you can find urban infill, east of I-95 sites around employment drivers, and develop a product that is in demand, I believe you can do very well,” said Adam Bedzow, Ceiba Groupe managing principal.

“The value in the office market is pretty considerable when you compare the rental rates in downtown Fort Lauderdale. There is definitely opportunity for tenants who are willing to go a little north. You are starting to see things you haven’t seen a lot of, such as industrial buildings getting converted to retail uses. All that helps drive growth in the market,” said Brady Titcomb, JLL vice president.

Most expensive home on the market:

Ever since a moratorium on small-scale residential projects was lifted in October, development in Oakland Park has picked up its pace. In January, Bedzow’s Ceiba Groupe unveiled plans for a rental townhouse project on a 6.6-acre site at 1000 Northeast 58th Street. Plans show 114 townhomes totaling 181,000 square feet, plus a clubhouse, a pool and 252 parking spaces.

“We are focused on identifying areas where people want to live and are underserved with a certain type of products,” Bedzow said. “The rental pool is still growing and there is unmet rental demand. We see Oakland Park as a great location that hasn’t seen new rental construction for a long time.”

Ceiba Group will face a lot of competition from other multifamily developers. Local developer Amos Chess and Don Deitchman are planning to redevelop two former strip clubs into a mid-rise apartment building with ground-floor commercial space. The development, known as O2, is located at 3339-3347 North Federal Highway. It will have 165 units totaling 119,000 square feet and another 31,795 square feet of retail.

Chess and Deitchman also want to develop Round Corner, a mixed-use project that would wrap around the historic Kennan Building at 3101 and 3201 North Federal Highway. The developers would build a new 274-unit apartment building that would include some micro units, 20,100 square feet of commercial space and parking garages. The Kennan building would be renovated.