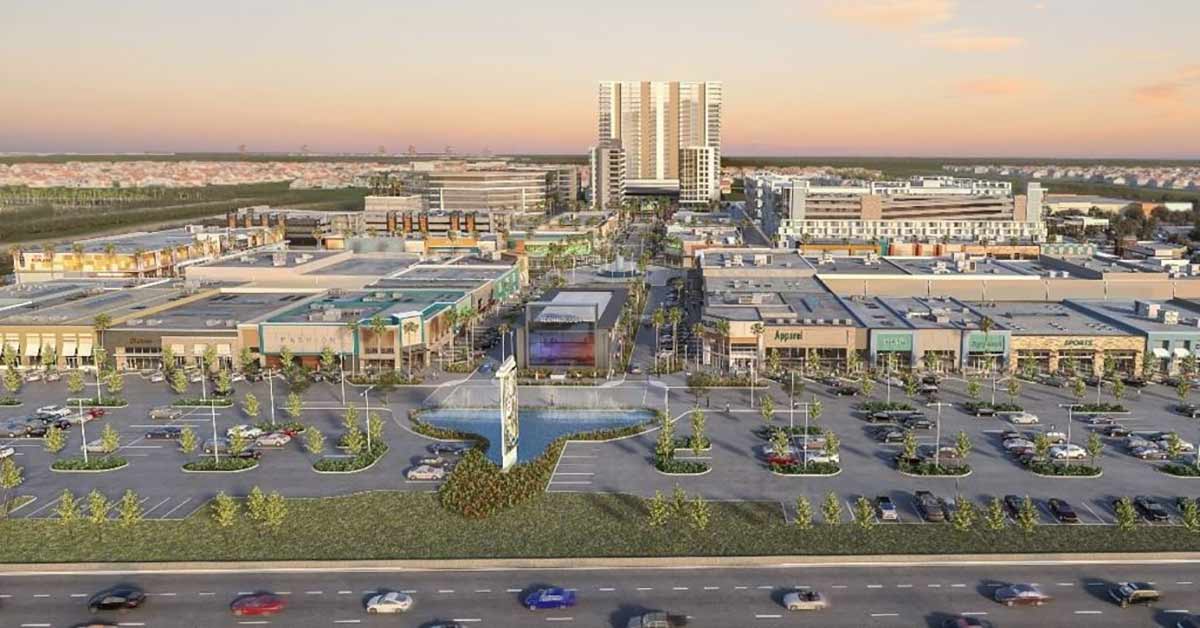 Call us today for all your real estate questions and needs.  We are always available to help move you in the right direction

The $800 million shopping and entertainment complex Dania Pointe is being developed on 102 acres east of Interstate 95 and south of the Design Center of the Americas, 2 miles from Fort Lauderdale-Hollywood International Airport. (Kimco Realty Corp./Courtesy )

DANIA BEACH – As heavy machinery dug into what was once the site of a 3,200-foot-long wooden roller-coaster, developer Kimco Realty Corp. acknowledged Friday that two Marriott hotels, a Lucky’s Market and 18 restaurants will be among the many commercial occupants of the massive Dania Pointe shopping and entertainment center now under construction in Dania Beach.

The project is a redevelopment of 102 acres by Kimco, a publicly traded real estate investment trust based in New Hyde Park, N.Y. The center is located east of Interstate 95 and south of the Design Center of the Americas, 2 miles from Fort Lauderdale-Hollywood International Airport.

“We think that Dania Pointe will be a new destination for the Greater Fort Lauderdale market,” said Paul Puma, president of Kimco’s southern region. “We are also not only targeting people who live within a 15-minute drive, we are also marketing to tourists from the airport, from which we are 2 miles, and the cruise port, from which we are only 4 miles.”

Port Everglades, which hosts ships from the major cruise lines, welcomes 86,000 visitors a week, he added.

One of the Marriotts will be a full-service hotel, with the other opening under the chain’s AC Hotel brand aimed at millennials. The hotels’ development is expected to launch in 2019.

Lucky’s will occupy a 30,000-square-foot space, according to the company’s website. BrandsMart USA, TJ Maxx and Hobby Lobby, all were previously announced as tenants.

Puma said Kimco is shooting for the initial portions of the retail phase to open this fall. Construction of the first phase of the residential portion would start in September or October.

The $800 million project’s first phase, which was originally scheduled to open last year, posed significant infrastructure challenges for Kimco, which has installed major water, sewer and drainage improvements. The roller-coaster, known as the Hurricane, was demolished in 2016.