Ram Realty Advisors scored a $56 million construction loan for an Oakland Park mixed-use, multifamily project on a site where Walmart scrapped plans for a store.

Project plans submitted to the county show 288 units will be built across several mid-rise buildings, as well as 12 townhouses, on 12 acres at 670 East Oakland Park Boulevard.

Property records show Walmart bought the site for $5 million in May 2012 from Adkins Holdings. It received development approval for a Walmart Supercenter in 2016, but scrapped the plan in 2019 and listed the site for sale.

The site currently is home to a 119,889-square-foot vacant building for a long-closed Kmart that will be demolished.

Developer Ram Realty also is an investor, renovator and manager of commercial real estate throughout the Southeast U.S., according to its website. Its other planned projects include a Walmart-anchored mixed-use development in south Miami-Dade County near Zoo Miami. It bought the land in September from the University of Miami for $10 million.

Ram isn’t the only one replacing a shuttered big-box store with a multifamily project. A closed Costco near Doral is to be redeveloped into 356-unit Alexan Fontainebleau Lakes after a joint venture purchased the site in December for $19 million. 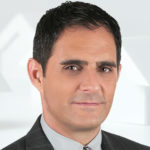 Whether you’re buying, selling, renting or investing in real estate, location, timing and a hiring the best real estate professional to represent you are key factors to any successful real estate transaction.

I am always available to help “move you in the right direction”. Call me today for all your real estate needs and questions.